The City of Fitchburg is committed to renewable energy, having installed solar panels on the roofs of their buildings starting in 2009. LSC provided site assessments, City staff support, financial cost and benefit projections, RFP support, and public meeting testimony for the solar project that led to adding almost 1,000 panels (362 kW) to the West Fire Station, City Hall, Public Works Maintenance Facility and the Fitchburg Public Library. The project added about 452,000 kWh of renewable electricity.

“Fitchburg is committed to clean, renewable sources of energy for the long term, and we will continue to expand our renewable energy capacity as opportunities arise. There’s a strong business case to continue investing in renewables, and it’s a win-win as the stewards of our environment and of our taxpayer dollars. This solar initiative also establishes Fitchburg as a leader among cities in Dane County working hard to combat climate change,” says Mayor Jason Gonzalez.

The 362 kW of solar electric will replace about 10 percent of the City’s total electricity usage, helping the City meet its pledges to generate 25 percent of its energy with renewable sources by 2025 and to lower greenhouse gas emissions. The City of Fitchburg is working toward its goal, by 2025, to generate 25% of their power from renewables. This latest project helps them gain 10% toward that goal.

This project is funded by the City of Fitchburg and a grant they received to offset some of the costs. The project, totaling $580,000, has an estimated payback time of about 9 years. “In addition to environmental and public health benefits of renewable energy, the project will also significantly lower the City’s electricity costs over the 40-year lifespan of the panels. Projected cost savings will be $54,000 in year one alone, and by year 40 will top $3 million.”

The project began in August of 2017 and finished in November of 2017. Member Arch Electric, Inc of Plymouth, Wisconsin won the bid for the project and worked with the City to complete the project on time. 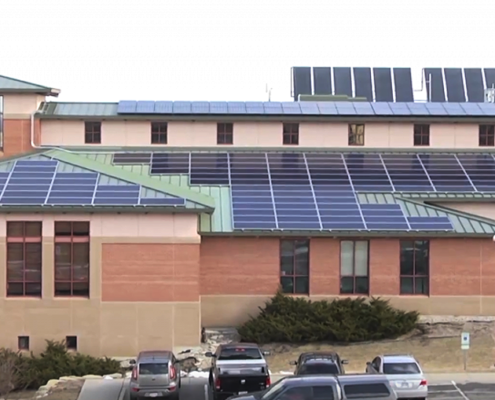 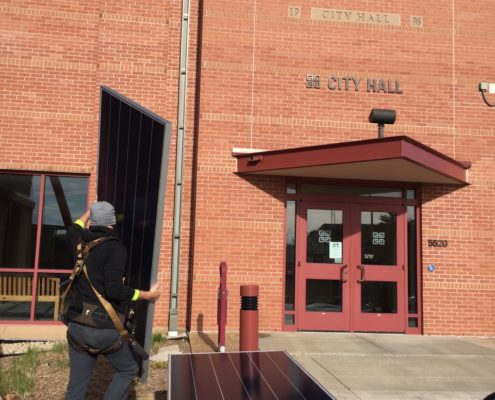 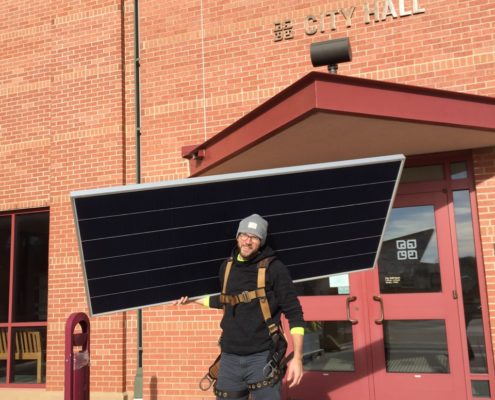 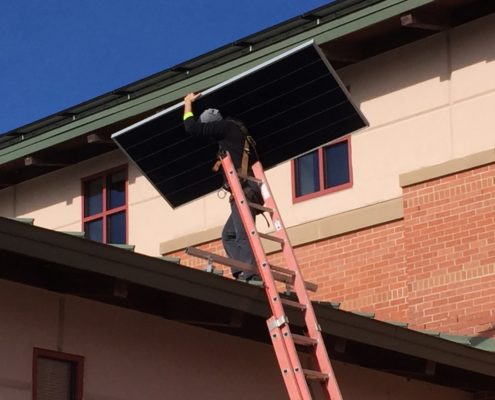 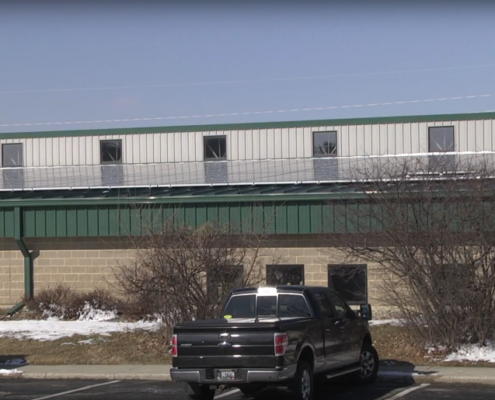 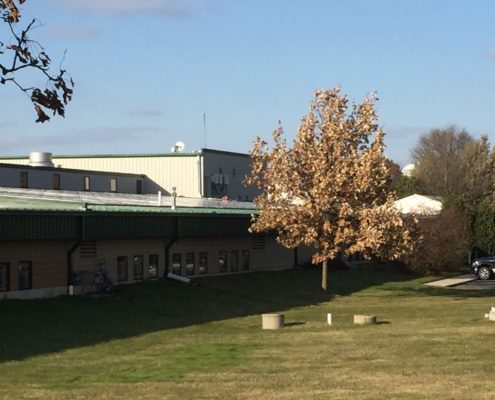 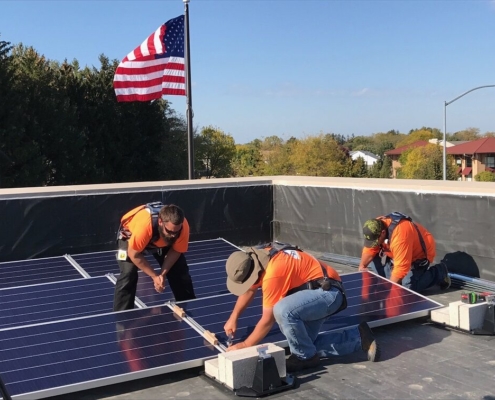 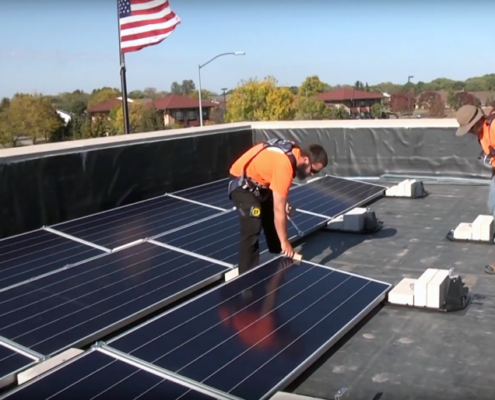 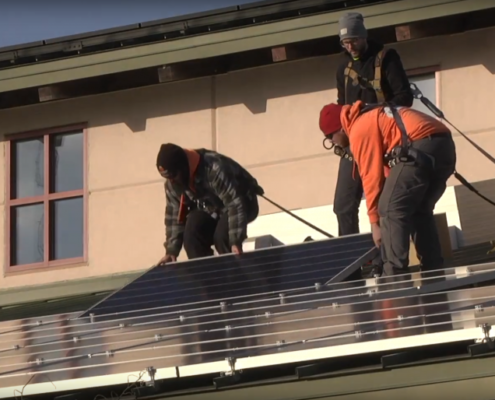 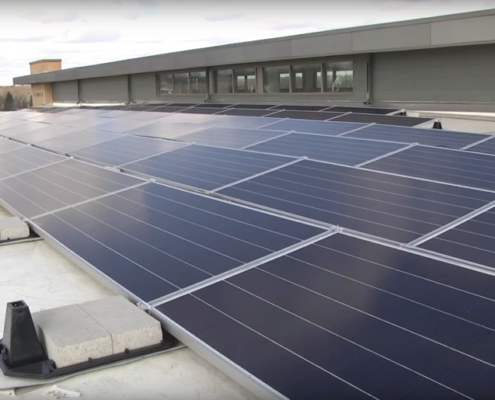 “The 2017 solar project will add to the City’s current 22.2 kW of solar photovoltaics (12.3 kW on City Hall roof and 9.9 kW of ground-mounted panels at the Public Works Maintenance Facility), increasing production by an order of magnitude. The City’s remaining renewable energy sources include: geothermal heating and cooling systems at the Library and West Fire Station and solar thermal panels that heat hot water at City Hall and the West Fire Station.”

Beth Israel Center
Scroll to top
Want to see more solar projects like this in Wisconsin?Please join us!