Solar electricity is worth more than just clean power.  It has externalized benefits that are worth money, so the concept of Solar Renewable Energy Credits (SRECs) was created to credit producers for those benefits.  Every time 1,000 kWh of electricity is generated, it is recorded as an (SREC).  The SREC is sold separately from the electricity and represents the “solar” aspect of the electricity that was produced. Why bother doing this?  Several states have a Renewable Portfolio Standard (RPS) for solar – a mandated percentage of total energy that must be generated by solar energy.  In states that have this mandate, the value of an SREC is determined by the market subject to supply and demand constraints. SRECs can be sold to electricity suppliers needing to meet their solar RPS requirement.

The maximum price is typically determined by a fine or solar alternative compliance payment (SACP) paid by any electricity suppliers for every SREC they fall short of the requirement.  This can keep the price pretty high, and make SRECS a very valuable part of any solar array.  Currently in New Jersey, the largest SREC market in the country, an SREC is selling for 22.8c per kWh.  Because this payment is higher than the cost of purchasing fossil-fueled power, it creates a strong incentive for utilities and individuals to produce excess solar power for sale.

What if your state, like Wisconsin, doesn’t have a solar RPS?  In this case there won’t be a state certifying authority, but SRECs can be tracked informally.  The incentive for anyone to buy or sell SRECs won’t be as strong, but it will still be there.  When a Wisconsin business, non-profit, or residence produces excess power the utility typically only pays avoided cost for it, comparable to the price they pay non-solar power producers or 3c per kWh.  Most solar PV arrays have an average cost of 4c per kWh so this would make a solar producer lose money.

Legacy Solar Co-op has been managing the sale of SRECs as a volunteer market between solar producers and our members who want to support more solar on Wisconsin rooftops.  The co-op can buy SRECs for excess energy from the producer and sell them (with some mark-up to cover administrative costs) to co-op members.  By purchasing SRECs from the generator, the co-op can ensure that the producer is making money on the kWh they produce in excess of what they use.  It doesn’t take much to put the solar producer in the black so they are encouraged to produce more than they need.

We sell these SRECs to members who are making the investment because they want to see more solar electricity produced.  Typically SRECs are sold in blocks of a thousand kWh or a MWh.  Current prices are listed in the table below*.

*Prices vary depending on market conditions

Utility customers have other options to buy RECs and thus help promote renewables. Utility programs (Like MG&E’s Green Power Tomorrow) and standalone programs like Arcadia are examples, but they aren’t as effective locally as Legacy SRECs.

Electric utilities often purchase RECs and then sell them to their customers with the promise that they are supporting renewable power, but they have the following deficiencies:

Legacy Solar Co-op SRECs are only produced in Wisconsin.  Every single one that you purchase is helping create more solar electricity in the state, and reducing our need to export money and import pollution.  Check out our website, or order yours by calling our office. 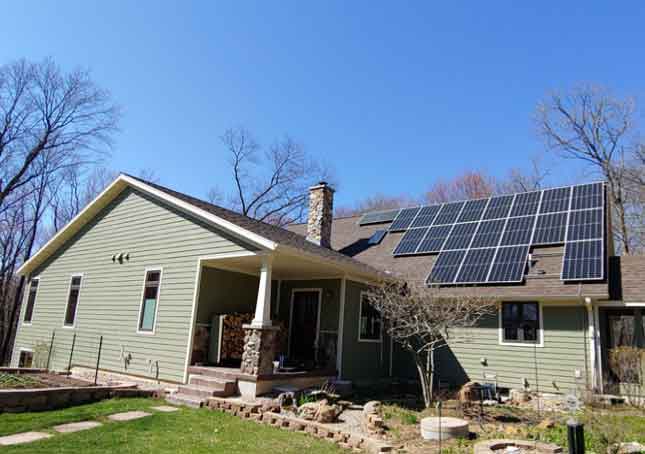 Western Dane County Solar Group Buy WebinarLearn how you can save with solar!

If you live in western Dane County and have ever thought about adding solar to your home, this is the year to do it. Sign up for one of our free informational webinars to find out why.