(This article originally appeared in the June 2018 Newsletter of the Wisconsin Farmers Union. Reposted with permission.)

Ask any farmer who has considered solar energy on his or her farm what the biggest hesitation is, and you’ll likely get the same answer: cost.

But a new pilot program being launched by Wisconsin Farmers Union and key partners is aiming to turn the dream of on-farm solar energy into reality. Solar Powering Farms (SPF) is a financing program that seeks to make solar energy more attainable for Farmers Union members. The project has been made possible through a partnership with North Wind Renewable Energy and Legacy Solar Co-op.

“Certainly a lot of farmers have that inclination that they want to do something with solar, but for a lot of people the upfront cost is a concern,” said Rob Peck, solar design consultant for North Wind Renewable Energy, based in Stevens Point.

The SPF financing program helps lower the initial cost of solar and makes it easier to realize a greater portion of tax credits and depreciation. The project expands financing options for farmers and rural residents by creating a tax sponsorship system that WFU members can participate in.

“This allows the upfront cost to be significantly lower,” Peck said. “During the life of the project you realize the value of the solar energy in reduced energy bills, you receive from the LLC a little bit of rent from your roof space, and you receive bond payments. It ends up making the cash flow of the project quite attractive.”

A final buyout in year 7 helps secure over 25 years of energy savings without having to take on the larger capital expense in year 1.

“Solar panels are warranted for 25 years, and we’re seeing them last for 30-35 years plus,” Peck added, which means that the farmer is likely to benefit from the project long after the financing period has ended.

The project partners have committed to an initial pilot program and are seeking 7-8 additional farms to get on line in 2018. The preferred farm for this initial phase will have an annual energy usage of at least 30,000kWh or spending at least $3,500 a year with your electrical utility.

Merrill dairy farmers Hans Jr. and Katie Breitenmoser were the first farmers to take advantage of the program, with a system that was completed in November of 2017. A 19.8 kW was installed on the family’s new heifer barn.

Rod Ofte of Willow Creek Ranch officially commissioned his solar system on May 15. His system will help meet the energy needs on his Driftless Region grass-fed beef farm.

Ofte said he first starting using solar panels to power electric fences in remote pastures. The decision to invest in a larger solar set-up on his farm was fueled by three motives: energy independence, environmental consciousness, and usability as a marketing tool.

“With the power we will generate and the additional energy we are able to sell back to the power company, we’re actually carbon negative farm now,” Ofte said proudly. “That environmental piece a big deal for us.”

After crunching the numbers with North Wind Renewable Energy, the decision was a no-brainer from a financial standpoint, Ofte added. “When you calculate how much energy we use here on the farm, we just paid forward 9 years of electricity and will get 11 years free after that.” 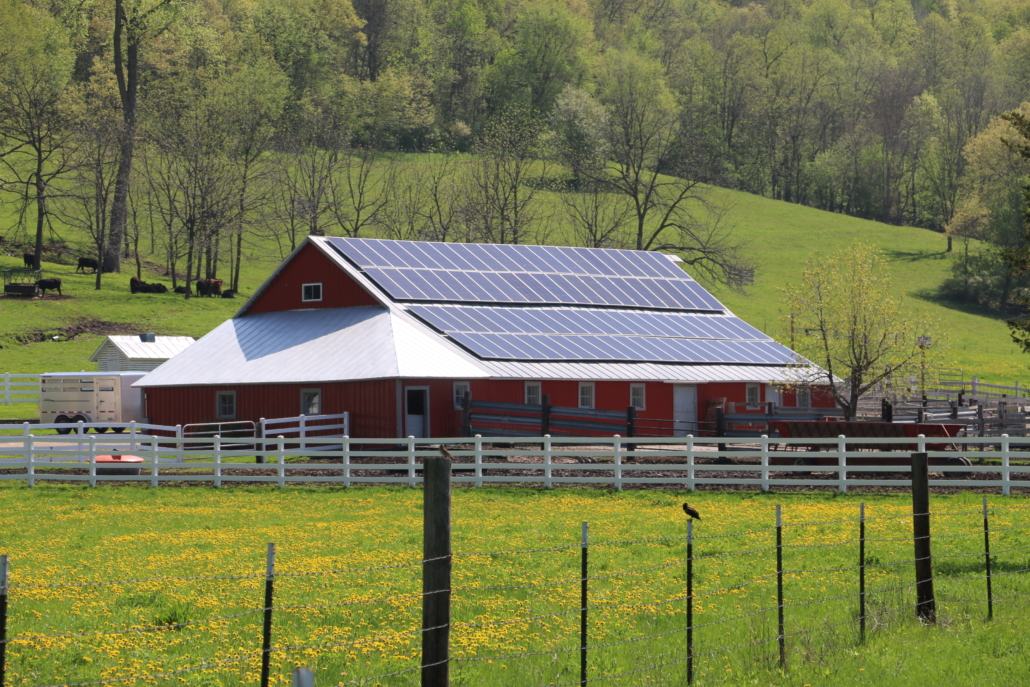 Wisconsin Farmers Union is a proud partner in Solar Powering Farms (SPF), a collaborative venture to make on-farm solar more attainable. This installation at the Ofte Family farm in Coon Valley was commissioned May 15th. 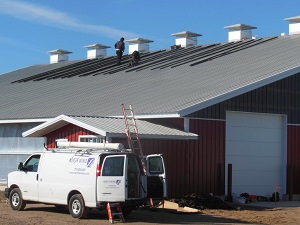 A solar project on the Breitenmoser Family Farm near Merrill last fall kicked off the Solar Powered Farms (SPF) program.